After arriving in Wellington on the ferry we headed north to Poirura for dinner with the Wellington MG Car Club. One of the fantastic aspects of travelling in Goldie is that we have met members of the MG family all over the world. We were given a very warm welcome and made to feel right at home amongst talk of all things MG.

The next day we spent in Kapiti prior to heading north for the final leg of our NZ journey. 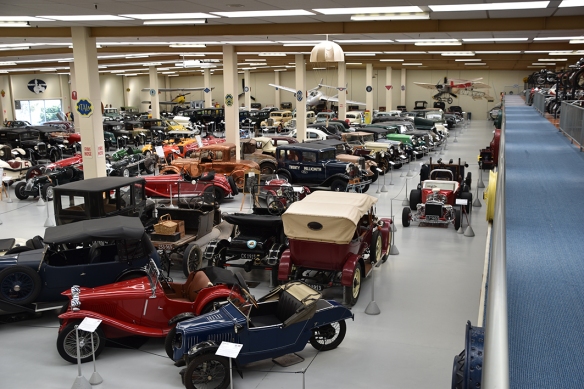 This museum is a result of Sir Ian Southward’s passion for old cars. He began the collection   when he bought a 1915 Model T Ford £40. The car is today displayed in the condition in which it was bought (a bit like an old rust bucket!) and it will always remain like this. Sitting next to it is a similar car which has been completely restored.

There were some fantastically interesting cars in this collection, you could simply write about it forever! However, I will confine myself to a few and then put in lots of pictures of others! As usual in a car museum I took way too many photographs.

I did love this old Maudslay Phaeton from 1913. The huge number of early car manufacturers has always fascinated me. Where did they all go to? The Maudslay was a British Car manufacturer and this model, as were all their cars, was among the most expensive on the British market. Maudslay produced, in 1905, the first double decker bus.

The next car is bizarre. The body work is hand beaten copper! It was created by a Philip Lewis of Auckland in 1921. The body work took 1,000 hours to produce. Was it worth the effort?

I can never pass up a MG or two. This 1936 PA looks very similar o n the outside to my 1937 TA, however the dash and pedals look very different. 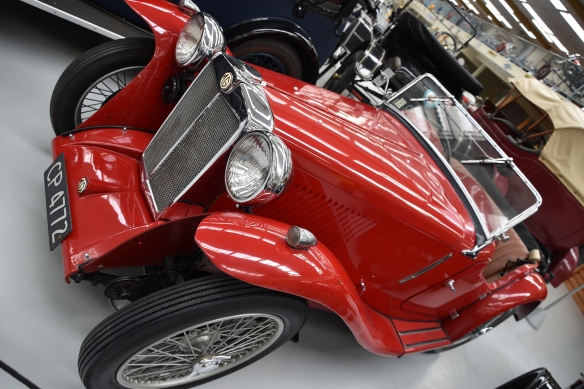 Then there was this beautifully restored 1935 R Type, the last of MGs pre war race cars. 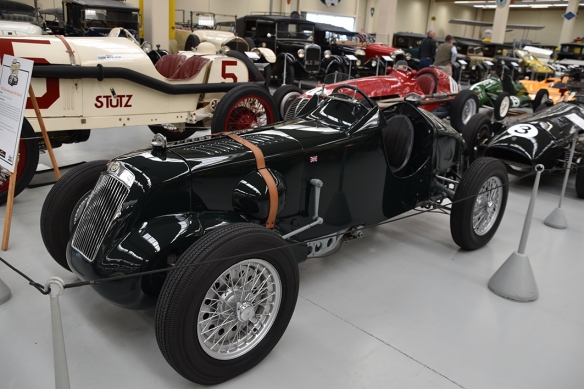 And then there was this little coin operated replica for the littlies to enjoy! Nothing like getting them interested in old cars at an early age.

This 1952 Hillman Minx brought back many memories as this was the first car my Dad bought. However, he really did not like this beige colour so hand painted it a beautiful turquoise. Three kids across the back, two adults in the front and our Kelpie cross Fox Terrier in a specially built travelling box, with windows, on the roof!

This little car is interesting. This is a 1985 Sinclair CS. English millionaire home computer inventor, Sir Clive Sinclair had a vision of personal transport in the 80s; the CS was the result. It had a motor adapted from an electrical appliance. Of the 14,000 produced only 5,000 were sold before the company went into receivership. Surprised? 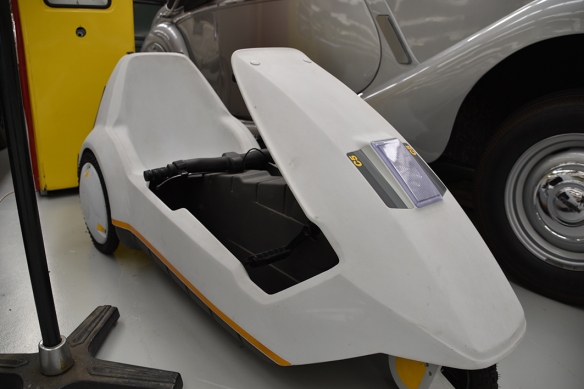 On the other end of the scale is this beautiful 1923 Bentley 3 Litre Tourer. This 3 litre car was the sports car which put Bentley on the automotive map.

Anyway, enough details, here are some more pictures from the museum. A well worthwhile visit if you are interested in old cars and there is very informative signage everywhere. If you visit, look out for the fantastic and fantastical collection of china salt and pepper shakers!! 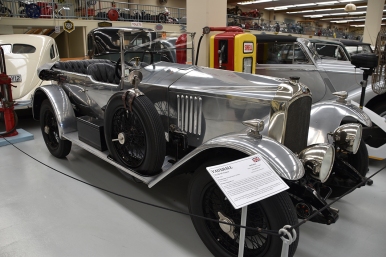 After visiting the car museum we headed off to the Nga Manu nature reserve just up the road at Waikanae. Covering approximately 15 hectares. Established in the 1970s to ensure the preservation and restoration of a precious lowland swamp forest remnant. There is a beautiful forest walk, birds abound and there are a number of aviaries and other exhibits to wander through and around.

One really interesting aspect of the reserve are the resident eels, which are in abundance and they are fed each day. They turn up for feeding on cue and thrash about. They even come partly out of the water in their desire to get at the food. I really know nothing about eels and so the short informative talk which goes with the feeding was most interesting. Although they live in fresh water, they migrate through and breed in salt water. They are generally 90 – 100 years old when they leave their freshwater home and head to Tonga to breed. The shortfin eel will lay 1.5 – 3 million eggs, while the longfin will lay between 1 and 20 million eggs. The male then fertilises the eggs. After spawning the adults die. It is not known whether the eels return to where the parents came from or end up somewhere else entirely. However, young eels do arrive at the reserve on a regular basis to live out their life there. At present it is though that the oldest eel at the reserve is approximately 40 years old.

Another highlight of our visit was the emergence of the kiwi from his nest to wander down the enclosure and feed. Kiwis are nocturnal, so this is a nocturnal exhibit, hence the red colour!

We did see a number of other birds including a beautiful fantail, a tui, kaka and a wood pigeon. Others got away before the shutter could capture them! 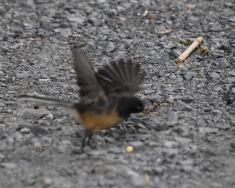 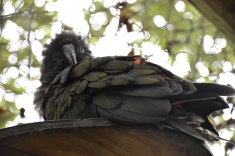 All in all, a very enjoyable day with dinner at the Waterman over looking the beach as the sun set.