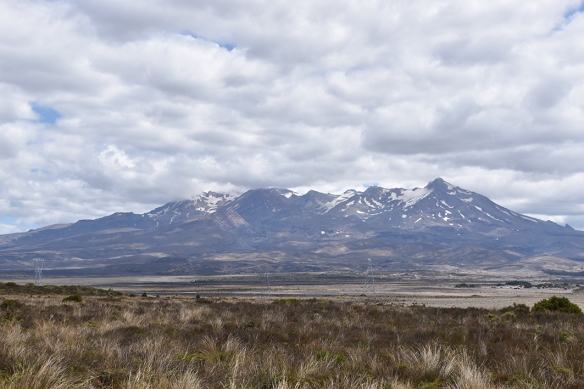 From Taupo we drove south to just north of Wellington. The drive took us past the Mounts Ngauruhoe, Rhapehu and Tongariro. Tongariro and Rhapehu still had some residual snow on their slopes, while the fabulous cone shape of Ngauruhoe is very distinctive and offered us a good photo opportunity. 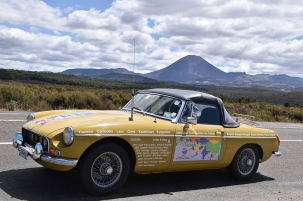 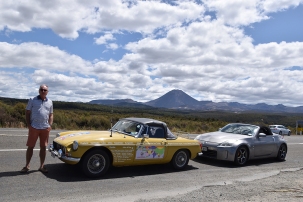 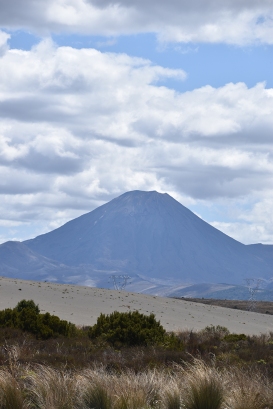 While we are hearing reports of torrential rain and flooding in NSW, thankfully it looks as if the drought may have broken across much of the state, the North island of New Zealand is extremely dry with some locals saying they have not had any decent rain for 12 months. 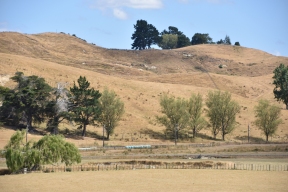 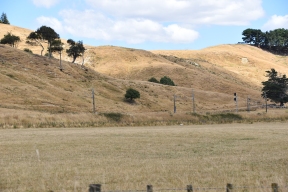 Although this photo of the dog building was taken on a previous day I thought it was too good not to use! The middle of the North island was a mecca of signs constructed from corrugated iron, this building where the whole looked like a dog was certainly the best! 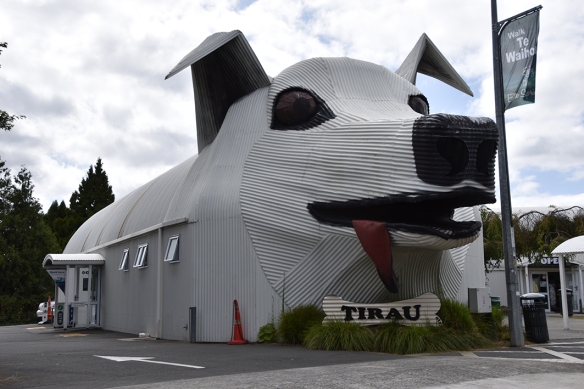 We are staying at Frances and Lindsay’s house in Kapiti, which is on the coast about an hour’s drive north of Wellington and a few minutes walk to the beach. We have walked along the beach a number of times as it is by far the most enjoyable way to get to the village shops and pub! 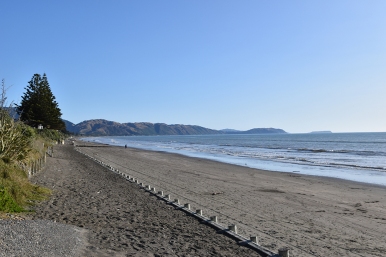 One group had a table set out at the bottom of their garden so they could enjoy a sunset drink and dinner. A sunset walk to the pub for a pre-dinner drink is a must. 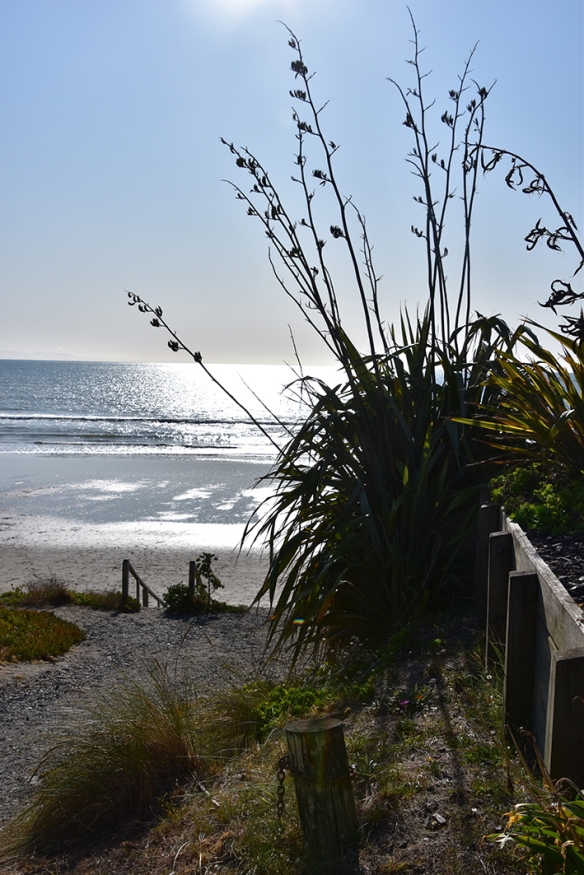 Driving along the street one evening we narrowly missed this little fellow, presumably a baby hedgehog. He was so little he would have fitted in the palm of my hand. To ensure his safe arrival on the opposite side of the road we turned around, stopped in front of him and held up the traffic until he was safely on the footpath. Our good deed for the day! 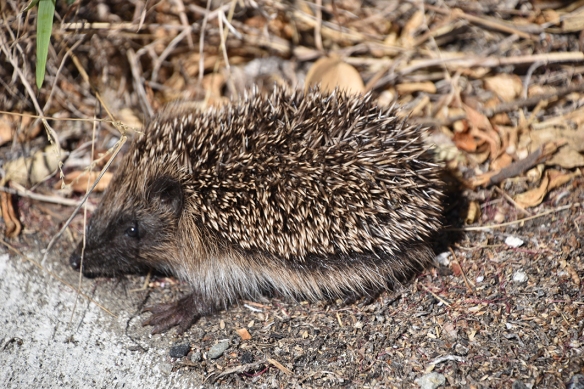